A few us have been pondering the question “How can we best advance the adoption of OER in K-12?” both online in this document  and f2f at the Open Ed 14 conference.

As I’ve thought about this, a few conclusions I’ve come to are: 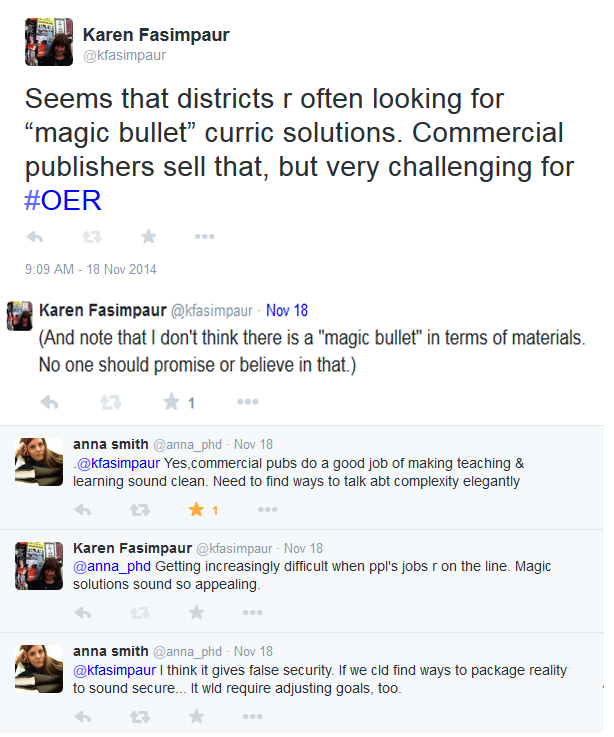 So how do we answer the question “What are the highest leverage points through which K-12 OER use might be advanced?” It seems to me that there are two very different paths that we might take.

The first is to work harder on packaging an OER solution that better matches up to commercially published product. This may involve talking about the complexity of teaching and learning more elegantly as suggested above. It almost certainly needs to include a sales and support process for OER. It may require production of a glitzy line of ancillary products. It is likely an expensive proposition.

The second is to choose to compete less directly with commercial products and instead target those who are already disillusioned with the existing commercial approach to school. Focus more on open pedagogy. Empower teachers and learners more by building agency.

While this second approach is more appealing to me personally, I am not sure it will lead to more “mainstream adoption” in today’s educational environment. I suspect that those who are moving in this direction are already doing so, though OER might provide them with more tools to do so.

I hope that the tide in education turns so that the mainstream supports what many of us believe is a better learning environment.