At SXSWedu this year, I was slated to do a hands-on session to brainstorm what makes a good collaborative learning space with strong peer learning and to begin building such a thing. The goal was to get people thinking about peer learning, to introduce them to P2PU, and to see what they came up with.

I am often not very good as fostering hands-on collaboration in a conference setting, especially when people don’t know each other. Other challenges included that this session was only an hour long and that the room was set up auditorium style with rows of seats and a podium upfront on a stage.

Despite these challenges, this session went great. Here’s what we did, what went well, and what didn’t. Thanks much to Philipp Schmidt who helped brainstorm and facilitate this.

Brief discussion of what we did: I talked for about 10 minutes, introducing the idea of peer learning and P2PU. I told people they’d be getting into groups (or they could work individually if they wanted) to brainstorm tasks for a peer learning group on ___. I gave them some suggested topics:

I said they could brainstorm and/or develop on paper, in a Google Doc (in which I had set up areas for each group in advance), or in P2PU. I asked people to self-group and asked for a volunteer for notetaker from each group. See below for the slides and handout I used.

Then the rest of the time was hands on. At the end of the hour, animated conversation was still going on, and I was told not to interrupt them!

I got everyone’s emails from this session to follow up. I am certain that we will collaborate further on these ideas and that you’ll see them in future P2PU School of Ed groups. 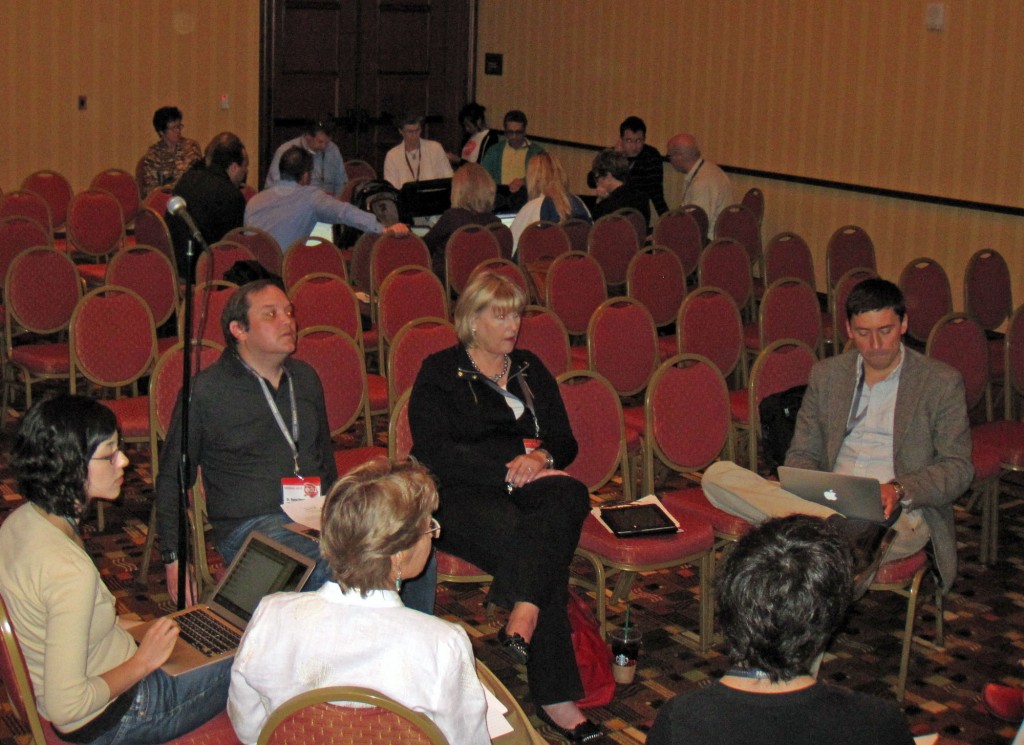 One thought on “Let’s Build a Collaborative Learning Space”